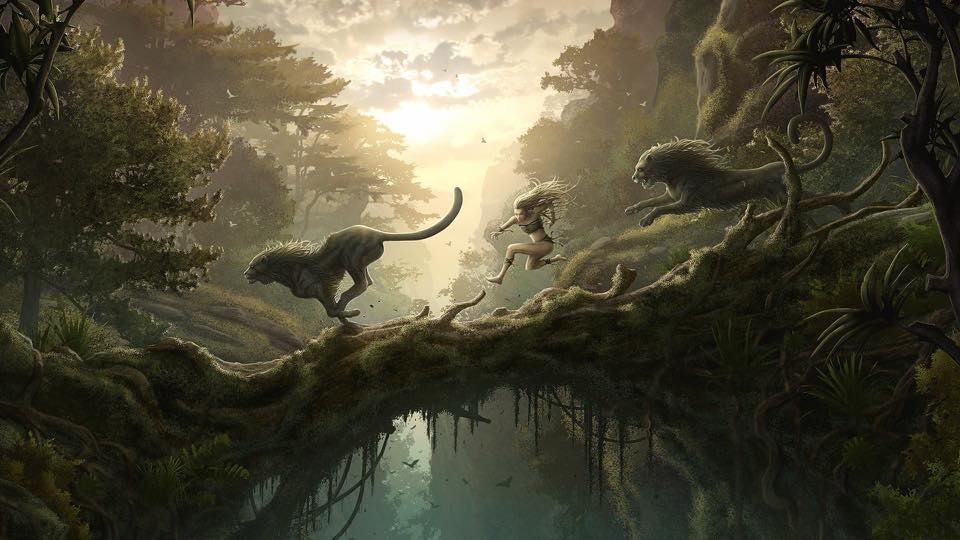 So I both play and run several games at a local gamer shop out here in southwest Houston area.  It’s called Golems Gate Gaming and Geekdom in Stafford TX.  Anyway, recently conversation arose with one of my regular game night about the Kender race in D&D.  This conversation seemed to be dragging some of the gamers off on tangents about how much fun they’ve had playing this particular race in the past.  So in part because I wanted to see this, I decided it was high time something happened with their ramblings, and I offered to run a one-shot game of all Kender raced characters for them.

Understanding of what the race Kender is for the uninitiated:

Kenders are a cross between halflings (D&D versions of Hobbits) and either an elf, or a gnome.  They are extremely chaotic in nature and have no concept of “ownership”.  They are often called thieves as a race because of this issue, and they don’t like that at all.  “I didn’t steal it!  I found it in his pocket, he wasn’t using it, I needed it, therefore I picked it up without bothering him about it.  I was being polite.  He was busy with that flagon of ale, and I didn’t want to interrupt him.”  Kender can range in height from 2 ft up to about 4 ft.  They are for the most part good in nature in spite of their chaotic tendencies.

What was I thinking?!!

So why would anyone want to run an entire party of nothing but chaos invoking thieves through a one shot game?  Let alone eight of them?!!  Well here’s the deal, I know several of these people pretty well as gamers.  We think along a similar line really.  There’s nothing getting done in our regular games until some of them scratch this kender itch.  Also while I am making it a requirement they play a Kender race, they have free reign of any class they’d like to try.  And besides, chaos can be fun if it’s done right.  So I’ll plan a little chaos of my own taking from a friends game I played in online some time ago known as “The Shards of Garagon”.

The world of Garagon is in shambles.  Something is wrong with both time, and the thin veil between the prime material plane and that of the fey wilds.  This issue has caused magical surges of random energy whenever a magical spell or ability is used.  A lesser known group has been called together by a renowned gnome sorcerer of draconic bloodline known as Nivit Coppermist.  This group of chaotic curious kindred Kender souls will be asked to embark on an adventure to right the balance.  Garagon calls out for help again, perhaps fighting fire with fire is the way to go.  The world and magic are in a state of chaos?  Fine, throw gasoline on this problem, it’ll burn out, or it’ll be the greatest explosion of chaos anyone has ever seen!

Classes I’ve heard pitched so far from this group:

Maybe I’m some kind of masochist, or maybe I’m and anarchist, maybe I want to show the world what not to do as a DM, or heck maybe I’m just out of my mind already and looking to see how far into the abyss of madness I can crawl.  Whatever the case, y’all can come watch in the insanity if I can figure out how to run this game live on my channel!